Why Are Hives on the Rise?

Hives is becoming increasingly common these days, particularly chronic hives, or CIU (chronic idiopathic uticaria), which means the hives have lasted 6 weeks or more. In fact, AAPRI has seen a dramatic rise in the number of people with hives—about 30% of new patients, up from 5% 20 years ago according to Dr. Z. Here, Dr. Z shares his thoughts about what may be causing the proliferation of hives and how to get to the root cause with functional medicine.

More than just an allergic reaction

Hives is often associated with an allergic reaction to food, an insect sting, latex, or another allergen. Hives can also be a symptom of a viral or bacterial infection such as the common cold, flu, strep, Lyme disease, or others. However, Dr. Z points out that chronic hives can be indicative of a variety of autoimmune conditions including thyroid disease, rheumatoid arthritis, and diabetes, as well as being obese or overweight, and hormonal imbalance.

“A common factor with these conditions involves endocrine disruption and estrogen dominance,” says Dr. Z. “Too much of the ’bad’ estrogen is pro-inflammatory while progesterone is anti-inflammatory, but unfortunately years of exposure to environmental toxins acting as endocrine disruptors in the form of phytoestrogens and xenoestrogens makes the body’s mast cells more reactive.”

Chronic hives is often years in the making

While some cases of hives caused by known triggers can be treated fairly easily, finding the root cause of chronic hives, or CIU, can take time to diagnose and treat. “We have to remember that in most cases, chronic hives was years in the making so it takes time to fix,” says Dr. Z. “Understanding this reality can help calm the stress and worry about hives and allow for a new outlook that that focuses on addressing the root cause, focusing on lifestyle changes and correcting nutritional deficiencies and hormonal imbalances.”

Why most of AAPRI’s hives patients are women

According to Dr. Z, the connection between the endocrine or hormone system and hives cannot be overstated. “About 90% of our patients with hives are women, many who have or had some sort of hormonal imbalance or menstrual irregularity—and often the treatment was birth control or some sort of hormonal therapy, but that’s just a band-aid for the problem,” explains Dr. Z. “There’s an environmental correlation with the exogenous pesticide called glyphosate, which became predominantly used in the late 90s. Glyphosate affects hormones and damages the gut and the ability of the gut to properly absorb nutrients. This leads to food sensitivity, which can manifest in the form of hives. But it’s also the estrogen dominance that increases the number of estrogen receptors on the body’s mast cells, which have to do with the immune system and allergies.”

No easy answer for a complex situation

Dr. Z points out that “even when a patient says a particular food triggers their hives but the allergy testing is negative, it doesn’t mean the food’s not triggering the hives. It’s just using a different receptor than the allergy receptor to mimic the classic allergic response.” There are a variety of factors that can affect testing and how certain combinations of foods trigger certain receptors in the body. “Some patients have what I call a ‘constellation of symptoms’ and it can take some time and medical sleuthing to sort it all out,” says Dr. Z.

Finding the root cause with functional medicine

Here at AAPRI, our mission is to find the cause, defeat the symptoms. This means investigating where the problem started and fixing it. “You have to clean up the landscape and get rid of what’s causing the problem,” says Dr. Z. “It’s like weeding a garden, then you can put the nutrients in, and start seeing positive change.” This is the essence and fundamental approach of functional medicine.

“What led me to become a functional allergist is that I’m seeing more and more patients get real, lasting results with functional medicine than with the traditional approach.”
—Dr. Z

We are now two years into the pandemic and Dr. Z believes that it’s a major culprit in the increase of hives. “I think hives and mast cell reactivity, which is what’s causing the hives, has been drawn out by the pandemic,” he says. “Stress itself causes the mast cells to release more histamine and diet has played a big role with people eating phytoestrogens and exposed to xenoestrogens. In a way, it’s been a perfect storm.”

At AAPRI’s Center for Functional Medicine, we support patients to make lifestyle modifications to build resilience and promote healthier living. Our goal is to empower patients to take control of their health and set them up for success. Contact us today to schedule a consultation. 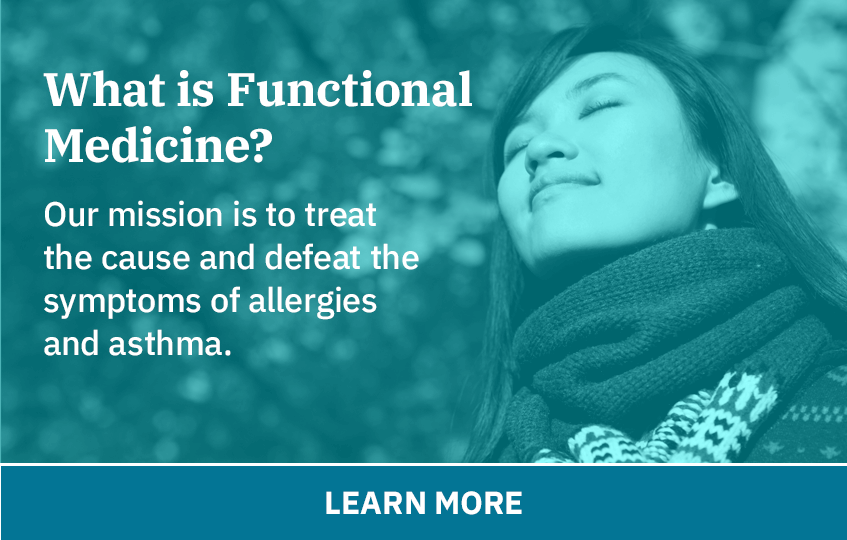 A new pathway to better health ... through your inbox.

Thanks for subscribing! Please check your email for further instructions.

Something went wrong. Please check your entries and try again.
Share This